The team’s last match was against St. Edward’s University in the state’s capital, Austin, Texas.

Despite trailing 2-0 just before the half, Texas Southmost College players showed their mettle to end up on top.

“We were down 2-0 and then we scored a goal before halftime, and it gave us the belief that it was possible to overcome the deficit.” TSC coach Mario Zamora said.

Luis Cisneros was the man who put the first tally on the board for the Scorpions were on the comeback trail.

By halftime coach Zamora was already making the necessary adjustments to put the Scorpions in the driver’s seat.

“We began controlling the ball more than them,” Zamora said. “Just like in our last win we had trouble finding that last pass to create a goal. During halftime we made those adjustments in our formations to make it all click. I added one more attacker.”
That extra attacker was enough for TSC to swarm their opponents and equalize the game with a goal by Kevin Zarrazagas.

Alan Lane scored the winner to send the Scorpions home with another successful road trip under their belt.

“Everything begins with our practices, the way we train,” Zamora said. “We were ready to play that game. Obviously, the score didn’t reflect that in the first half. As a coach I’m the first one to be confident about what we have on this team. We’re here and we know what to do.”

Even when the team was behind the belief in each other was evident, according to Coach Zamora.    “They were optimistic about each other, that we have a great goalkeeper and defensive structure,” Zamora said. “They were never afraid to overcome the score and play from behind.”
TSC was scheduled to return home on Oct. 1st but a forfeit from visiting San Antonio College turned the scheduled game into the fourth win of the season.

Instead, Texas Southmost College’s next match is on the road against Texas A&M – San Antonio.

They will have an extra week to train and prepare for the Oct. 8 contest.
The next home game has plenty of intrigue as TSC kicks off against its neighbor UTRGV at home Saturday, Oct. 15th at 3 p.m. 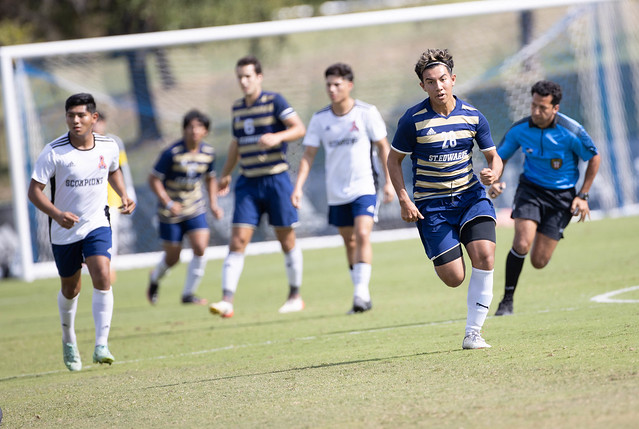